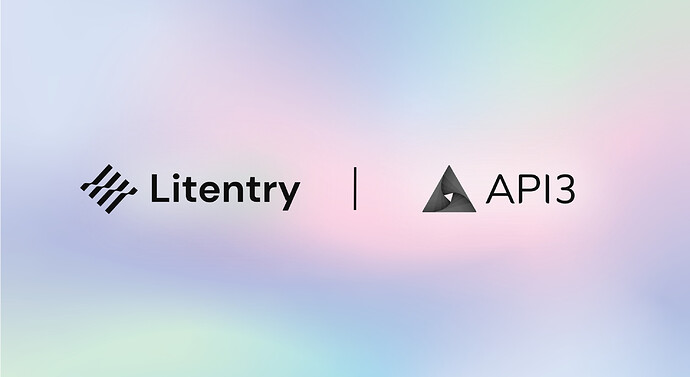 Litentry is pleased to announce a partnership and Litentry DID integration with API3.

In this partnership, Litentry will integrate with the API3 blockchain ecosystem to monetize its DID Aggregation API for Web-3 end users. Litentry will become one of the first party oracle providers in the API3 ecosystem to provide cross-chain aggregated identity data.

API3 is a blockchain-native decentralized API project that allows smart contract platforms to leverage APIs for the building of meaningful applications in a truly decentralized and trust-minimized way. Litentry is building open identity on Web-3 by aggregating identity data over different blockchains and dApps*.* With joint efforts on enhancing data fluency for Web-3, this partnership will facilitate the adoption of Web-3 open identity and enhance composability between applications.

API3 and Litentry will continue to explore other avenues of long term collaboration once API3’s Airnode is integrated to substrate.

Quotes from Litentry and API3:

“API3 is creating a valuable data infrastructure for Web3. We are excited to be a data provider in the API3 ecosystem, to further promote the adoption of DID and Litentry’s Aggregated Identity Service, and to create the value of Web3 together with API3.”

“API3 is excited to offer Litentry’s decentralized identity data to all supported platforms using Airnode. Increasing the availability of decentralized identity data will help create beneficial opportunities for both developers and Web 3 users. We also look forward to being able to provide Airnode-enabled APIs and dAPIs for Litentry to use as Airnode’s development progresses.”

Litentry is a cross-chain identity aggregation protocol that features a Substrate-built network, mobile app and identity-related tools. The protocol enables identity linking across different networks and facilitates decentralization and transparency in identity credit computation. Litentry provides a secure vehicle through which users manage their identities and dApps obtain real-time credit/reputation of an identity owner across different blockchains.